If you experience frequent power outages, have a portable model you like to take camping or just prefer to be prepared, a generator sure is a useful bit of equipment, and sometimes incredibly necessary, even lifesaving.

They can also be very loud.

Admittedly, some are much noisier than others, but any and all create a consistent – and sometimes quite aggressive – hum, which isn’t very nice to inflict on the great outdoors (hello, sound pollution) and could keep you awake depending on proximity.

If you’re tired of the unwanted white noise your generator is producing, fear not: there are steps you can take to conquer the buzz, without having to give up your precious power.

Though they won’t be able to eradicate the irritating rumble completely (as we will explain), our handy hints, tips and tutorials can help you greatly reduce the noise produced, so you can get your full eight hours and avoid attracting wildlife! 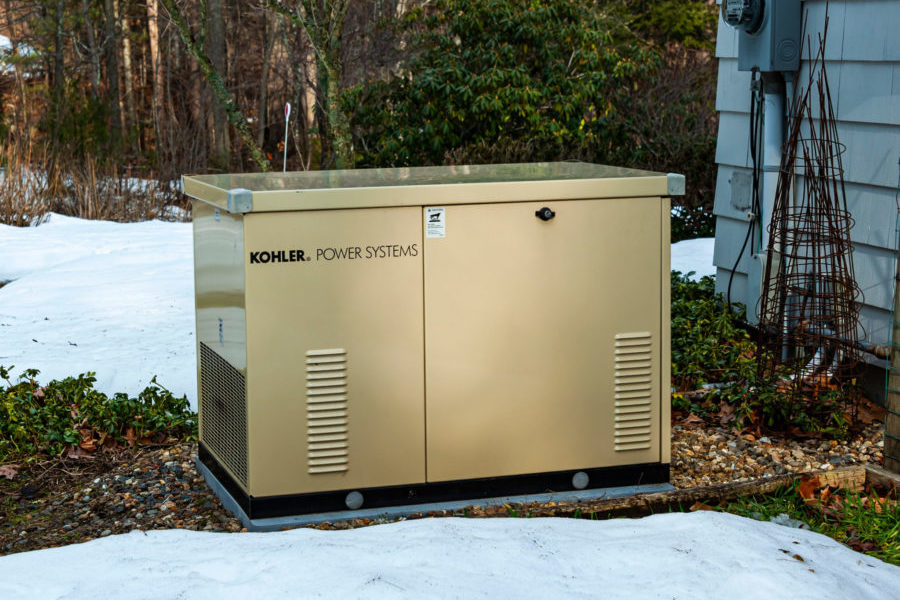 Why Do (Some) Generators Make Such A Racket?

A number of factors can influence the amount of sound your generator produces when in use, the most important being its size, which usually reflects the amount of power it is equipped with.

Older generators tend to lack the technology of their modern counterparts, and won’t come with an inverter; newer models utilize magnets in order to produce more power and less noise.

Likewise, the best and brightest generators have been equipped with multiple exhaust pipes, amongst other noise reducing features, but they also tend to be less powerful than more traditional designs, which explains their continued use.

Make Your Own Soundproofing Box

One of the easiest ways to diminish that super-annoying generator grumble is to use a baffle box, but these are expensive to buy and not especially portable, so why not give making your own a try, at much less a cost?

Remember: you’re never going to silence the generator as that is impossible, nor should you ever deprive it of air circulation, which is incredibly dangerous. You do not want it to overheat.

Step One – Measuring Up

First things first, accurately measure your generator: this is important, as not allowing enough space around the unit itself, regardless of ventilation, can be dangerous. Make sure you’re as specific as possible and write everything down.

Once you have your measurements from every angle, add a couple of inches to each value, as this will account for the insulation and vents you’re going to install. Now let’s get to work!

Grab your medium density fiberboard (MDF) and lay it flat – if you can’t access MDF, then plywood will work as a stand-in, but bear in mind that it won’t be as effective – and, using the right angled ruler, mark out your measurements for the box.

With whatever saw you’re using, carefully cut out all of the pieces you need, being sure to remember that you’ve already accounted for the additional space you need, so don’t go adding any extra!

Eventually you will have a lid, a bottom and four walls cut, which makes six pieces in total.

Measure your ventilation duct, then mark out the area you need to cut out of your MDF box lid, where it will protrude – you should position the duct off center and to the side, as opposed to directly in the middle of the box.

Cut out the wood and insert the duct. Do not skip this step! Your generator needs airflow to prevent overheating.

Now it’s time to layer up your soundproof box, which further insulates the sound, remembering we’re not aiming for an airtight container. We’ve recommended Mass Loaded Vinyl for this step, but you can use any safe insulation you want.

Then you’re going to want to cover that in acoustic caulk, which works to minimize sound by reducing energy transfer. Again, we’ve suggested Green Glue as a popular choice, but you can use any you like.

A final layer to really soundproof things is your foam matting, which you should glue directly onto the caulk. You don’t necessarily need this if you can’t get hold of it, but it will certainly help. The more the merrier is your aim with insulation.

Of course, we’ve purposefully added a hole for the duct to our lid, in order to allow adequate airflow, but we don’t want any gaps in our bottom or walls, so if you spy any, be sure to fill them up with some additional acoustic caulk.

You’re also going to need to cut out a channel for the exhaust, but you can wait until everything’s assembled to do this.

Now everything’s been prepared, and preferably given plenty of time to thoroughly dry out, you’re going to want to assemble the box using your nails/screws and hammer, remembering to install a hinge or two on the lid itself.

You’re going to want to access the generator occasionally, if anything to reach the controls, so a permanent lid is not recommended. Make sure your duct is properly placed and not being blocked by anything.

Don’t forget to create the channel for your exhaust pipe – even though it might seem counterproductive to your soundproofing efforts, the fumes the generator producers can be lethal in high concentrations, so you want to avoid any gathering. 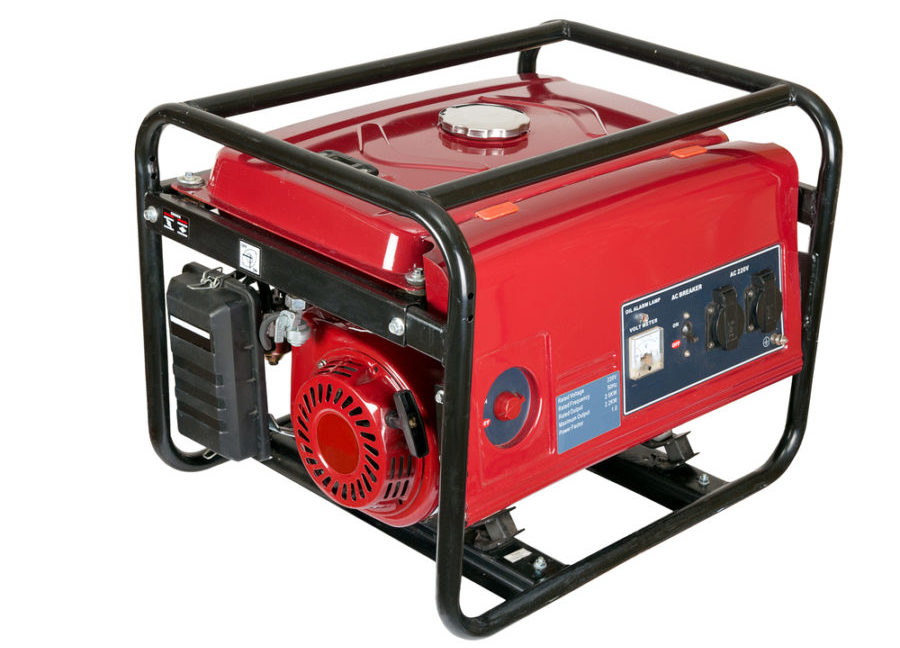 We’ve thoroughly researched generators and sound reduction in order to bring you these quick and simple tips to quieting yours down – implementing all of them is your best chance at success, outside of making the box above!

It sounds simple, but the more distance there is between you and your generator – preferably twenty feet or more – the less it’s going to bother you. Consider investing in an extension cord or two to put it further away, but be careful not to trip!

Ensuring your generator’s exhaust pipe(s) are positioned vertically is another easy way to reduce noise output, simply because it redirects the sound waves (albeit not all of them) and thus dampens the sound from your exhaust.

Another way to prevent those pesky sound waves is to stop them in their tracks, by surrounding your generator with other noise-blocking objects – of course, you’d be more successful building a soundproofing box, but this works in a pinch.

You don’t have to go out and buy anything fancy! Whatever you have lying around the house, like for example a clothes horse, anything you can use to create a barrier (or multiple layers of barrier) would work fine, the thicker the better.

The exhaust pipe, also known as the muffler, is very similar to those found on your car or motorcycle (though they aren’t interchangeable),  and if yours is too small to do the job or otherwise faulty in some way, it could be causing additional noise.

By replacing it with a bigger, better one that’s in perfect working order, you won’t get rid of the noice completely, but it should certainly go some way to making it less annoying!

This one is a biggie: only place your generators on the softest surfaces possible, making sure they can stand up properly and aren’t in danger of topping over, of course. If your only option is a solid floor, consider utilizing a foam mat or something similar.

The harder the surface your generator stands on, the more vibrations it’s going to produce whilst providing your power, and the more aggressively it’s going to reverberate against the floor and into your ears!

If All Else Fails…

When, after all that hard work, you’re still suffering with the stress of a noisy generator on a regular basis, it might be time to simply admit defeat and buy a newer one, that implements mode modern noise-reduction features.

You might not want to hear it, but if none of the above methods have helped to alleviate some of your frustrations, it’s likely that the problem is just your generator itself.

As an Amazon Associate, PowerSupplyPlus.com earns from qualifying purchases. We also participate in other affiliate programs and are compensated for referring traffic and business to these companies (at no cost to you).